EFIRM is peer-reviewed and credentialed.

EFIRM stands for electric field induced release and measurement. EFIRM is EZLife Bio’s core technology that detects the presence of DNA or other biomolecules. The steps involving EFIRM assay are:

EFIRM is actuated molecularly by coating the gold electrodes with a highly efficient method that allows for the rapid immobilization of DNA probes, antibodies, antigens, and other small molecules. These biomolecules are immobilized in such high amounts that they form a highly sensitive molecular capture layer. This layer is then combined with a pulsed electric field method and enzymatic electrochemical readout system, which an instrument reads at the nanoamp-scale, allowing for highly sensitive measurement of biomolecule levels. 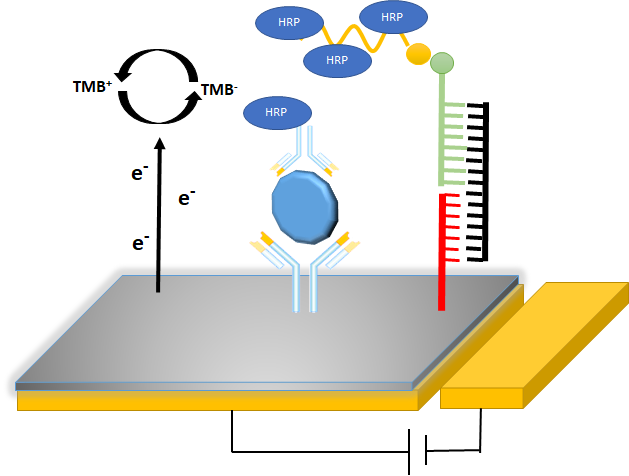 We have a staff of scientists that are happy to talk to you more about EFIRM and it's potential applications! We're excited to share.